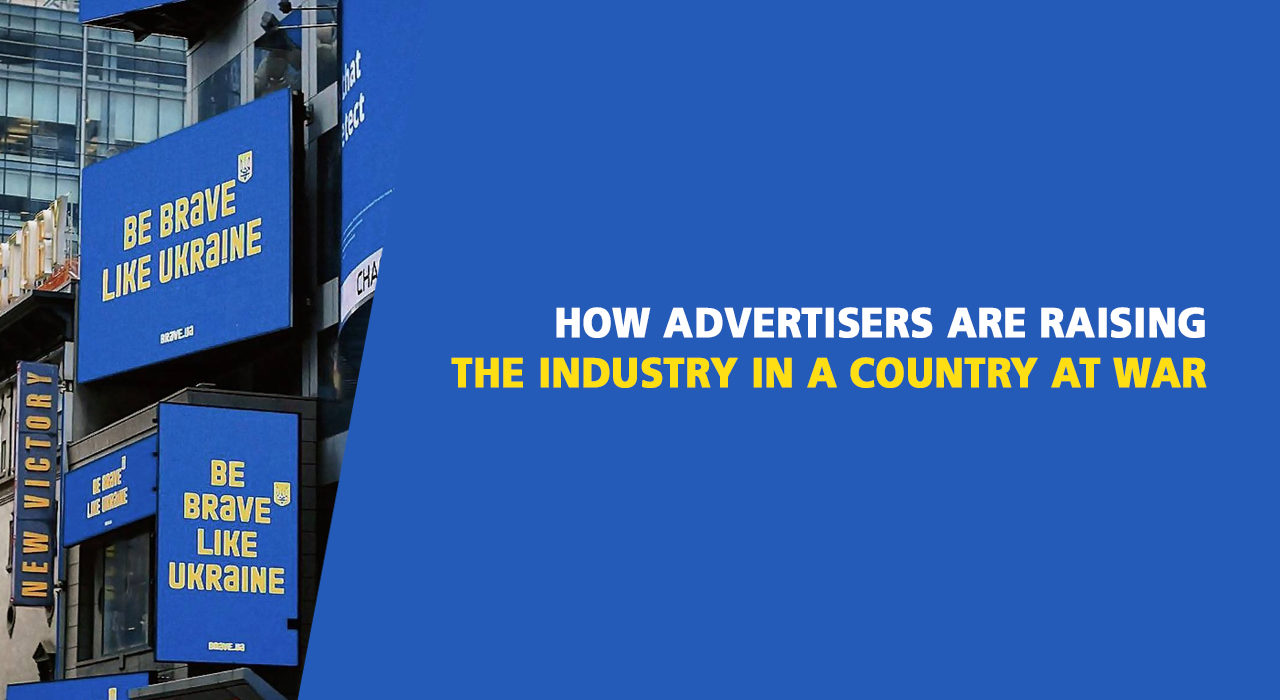 The global campaign of the brand of Ukraine, collaboration with headquarters, and rapid recovery of the market in the second half of the year.

The Ukrainian media business, which showed steady growth as early as the beginning of 2022, has almost ceased to exist since February 24. A full-scale war has been going on in Ukraine for more than six months, but entrepreneurs from various sectors titanically continue to rebuild or develop their businesses in order to support the economy and the Armed Forces of Ukraine.

The heads of the largest media groups – Oleksandr Gorokhovskyi, CEO of dentsu Ukraine, Arman Matkulov, CEO of RAZOM Group, Vitaliy Matveev, CEO of OMD OM Group, as well as the Executive Director of the All-Ukrainian Advertising Coalition Maksym Lazebnyk – tell about how media specialists faced the war, what has changed in six months, and what are the prospects of the advertising market. 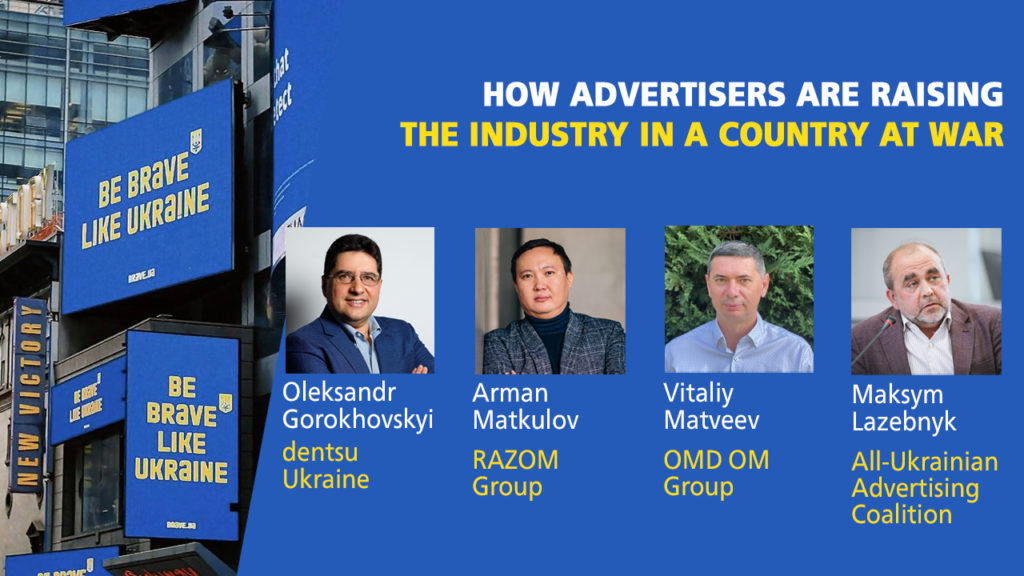 On February 24, almost all advertisers’ budgets were frozen, and the broadcasting of TV channels was combined into a general emergency telethon of news without advertising. While the channels were in the marathon, the revival began with digital campaigns, which require less time and investment to launch.

At the end of April, some TV channels returned to more neutral content and allowed advertising sales, which allowed them to support both journalistic teams and those who continued to lead the news marathon. This was a signal to advertisers that the market was recovering. Pharmaceutical campaigns were the first to respond because their creative materials were the most neutral, and therefore – somehow adapted to the realities. ”The first brand to launch a campaign on TV was our client Teva. The pharmaceutical market showed the most active growth and still remains the leader. Many brands changed the creative to the relevant and came out with reputation campaigns, not product ones”, – Arman Matkulov, CEO of RAZOM Group.

Advertisers had to do a lot of work to adapt or even create new advertising materials in an environment where no previous experience could be applied because no one had any experience of working in a full-scale war. However, more and more brands are finding solutions – mobile operators, retailers, delivery services, and FMCG is preparing to return to the air.

”It is important for advertisers not to be afraid and start working. It is also important for the brand, which is actively losing brand knowledge in the fast flow. Now the viewer lives the category before February 24 and after, and if the brand was not with him ”after”, this brand no longer exists for the viewer. I admire that even after the beginning of mass attacks in Kyiv in October, Ukrainian companies and advertising agencies are well aware that it is necessary to support the economy and not to stop, no matter what”, – says Arman Matkulov, CEO of RAZOM Group.

The main barriers for each advertiser to go on air, including international ones, are often individual business problems: failure in logistics chains or destroyed warehouses. As soon as the advertiser at least partially solves these problems, it will definitely return to the air.

Collaboration with headquarters – as a win-win solution

In the first months of the war, agencies tried to enter international projects with the help of global offices to ensure at least some kind of existence. Networks helped to pay salaries to employees, which postponed layoffs and rate cuts. IPG (Initiative and UM agencies) and Havas involved RAZOM Group in some of their global projects or hired Ukrainian colleagues, so the European offices shared the salary costs of these employees with the Ukrainian office. Subsequently, RAZOM Group together with IPG created a Polish hub, which helps to sell the Group’s professionalism in international projects in Europe and America, which certainly both develops international expertise and attracts additional resources to the salary fund of employees.

”While there is no sufficient turnover in Ukraine, people work for different offices, gaining new knowledge and decent pay for their work. More than 70 employees of dentsu Ukraine are already involved in the network agencies”, – says Oleksandr Gorokhovskyi, CEO of dentsu Ukraine. The global office created an educational program Dentsu Refugee Alliance Program – three-month training events in media, creative, finance, and IT to adapt Ukrainian specialists to the international market. The first wave of the program covered more than 50 students; the second wave will start in autumn. And to improve the knowledge of foreign languages, the dentsu network pays for classes in English, German and Polish on a powerful online platform.

Global offices did not stand aside from the humanitarian problems caused by the war. Already on February 25, dentsu International donated 250,000 pounds for such needs, and a few weeks later – another 650,000 pounds.

Global offices also supported not only the country, but and their employees. ”Omnicom provided financial support to its offices in Ukraine OM OMD Group, BBDO, TBWA. Our team is very grateful for the fact that people remain the main thing even in such times and especially in such times,” commented Vitaliy Matveev, CEO of OMD OM Group.

From the first days of the war, the networks helped Ukrainians with the evacuation of employees and housing, mostly colleagues from Poland, the Czech Republic, Lithuania, and Romania. The help of representatives of the Polish media market was especially powerful – employees accommodated Ukrainian colleagues in their apartments, rented and repaired entire houses, which were received by more than 100 Omnicom employees and their families (OM OMD Group, BBDO, TBWA). And in the Warsaw office dentsu created a support center for mothers with children 4U Hub, where Ukrainians could rest and communicate.

Maksym Lazebnyk, Executive Director of the All-Ukrainian Advertising Coalition (VRK), says that the Polish Association of Marketing Communications SAR, with the support of the VRK, initiated the AdAid.eu project from the first days of the war – a platform for providing Ukrainian professionals with job offers from the EU advertising industry, and then the VRK and SAR worked together on Ukrainian Creative Stories, which aimed to present the creative potential of Ukrainians and international support for advertisers. ”These initiatives, first of all, supported the spirit of Ukrainian advertisers who realized that they are not alone when the whole industry almost stopped. We are grateful to our colleagues from Poland and other countries for their support” – says Maksym Lazebnyk.

Information front in the center of volunteering

Volunteering in one form or another – from weaving camouflage nets to searching for starlinks for the Armed Forces – has become the new norm not only for an advertiser but also for every Ukrainian. However, the most important area of activity for the media in this context remains communication campaigns aimed at informing the world about the situation in Ukraine and the counter-propaganda of the Russian invader. From the first days of the war, a powerful information front was formed in Ukraine, which united all the creative and media resources of the industry.

The Ukrainian media community together with IAB Ukraine launched the initiative ”The world for Ukraine”, a crowdsourced information platform that provides up-to-date and verified information to Western partners about local funds and initiatives of the Ukrainian advertising market. In this way, the world got the opportunity to donate to verified funds or to attract its resources for media campaigns. RAZOM Group raised 150 thousand dollars to promote the platform.

One of the largest volunteer contributions of advertisers to the struggle of Ukraine was the campaign with the world-famous slogan Be Brave Like Ukraine, which swept the world and reached Times Square. Carat Ukraine and Posterscope Ukraine, through negotiations with colleagues from the dentsu network, managed to secure an impressive scale abroad with a commercial value of $3.2 million: more than 11,000 screens on the streets of 150 cities in 20 countries. The advertising space was provided free of charge, but in monetary terms, it is by far the most expensive advertising campaign Ukraine has ever had. 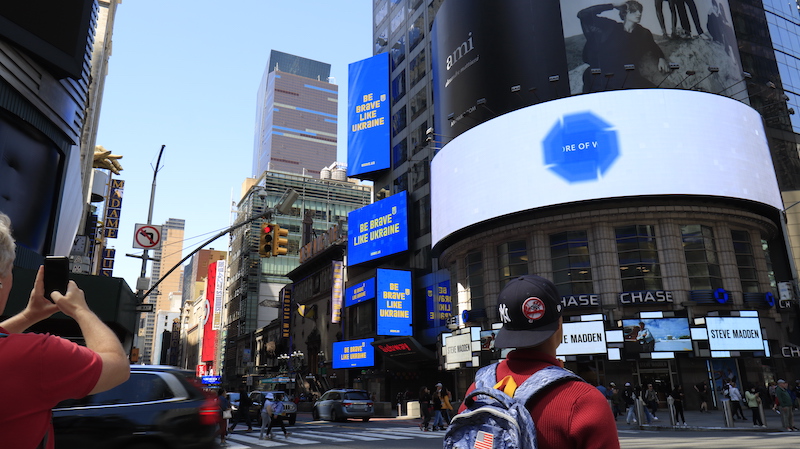 While dentsu Ukraine demonstrated Ukrainian Bravery abroad, OM OMD Group together with partners showed what real Ukrainian Bravery is at home. They implemented the most powerful OOH campaign in the country during the war and provided installation on 500 platforms across Ukraine. 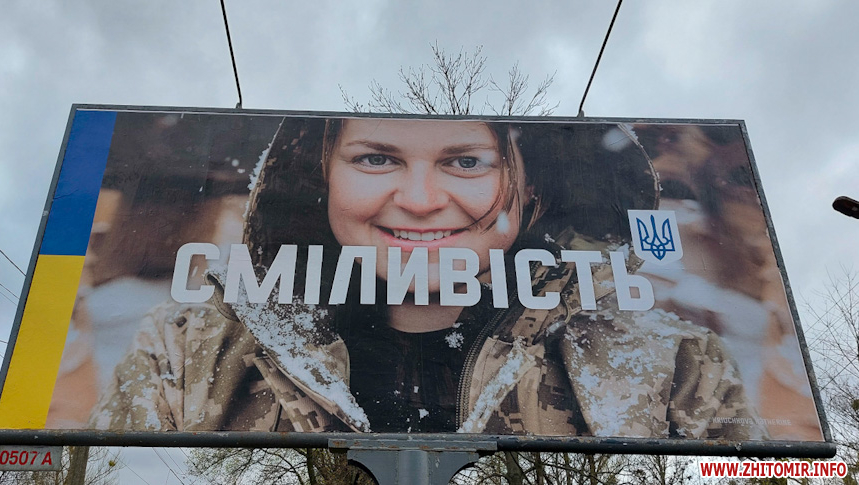 Brand communication will give consumers a sense of ”normalcy”

It is difficult to predict the further development of the market because it is directly affected by the success of the Armed Forces. There are many hopes that a successful counteroffensive will help both the media business and the economy as a whole to develop. However, it is already noticeable that in the second half of 2022 there was a rapid renewal of budgets.

According to Oleksandr Gorokhovskyi, CEO of dentsu Ukraine, in September, the total investment of the group’s clients in media placement increased by more than 50% compared to August: ”We are looking forward to the 4th quarter with great hope and hope that the pace of recovery will be as rapid. The next year 2023 is very difficult to predict. There will definitely be growth from 2022, but its size depends on many factors.” All this will happen with dramatic changes in the distribution of budgets for different media. So far, the Internet is the undisputed leader, and what share TV will have will depend on how many channels will work with commercial advertising. After all, now there are much fewer of them than before the war: someone is fully involved in the information marathon, and someone has completely closed.

There are reasons to predict market growth given the great desire of advertisers to support their business, country and consumers: ”For the sixth month in a row, advertising activity continues to grow, and brands communicate with the consumers, giving them a sense of ”normal life”, which is now in such great demand in our country,” – comments Vitaliy Matveev, CEO of OMD OM Group.

Despite the exceptional resilience of advertisers in Ukraine and the hospitality of the advertising market, the war has not stopped, and Ukraine needs global support from colleagues. First of all, this assistance is important in the context of the integration of Ukrainian specialists into the global business space and the promotion of cross-national partnership projects.

As Maxim Lazebnyk noted, the Coalition team is constantly working to expand opportunities for Ukrainian advertising companies of all specializations and sizes to present themselves to the international professional community. To this end, in October, the VRK launches a new project – CrUAtivity digest, which aims to present Ukrainian creativity and its authors to the international community, thus enabling foreign companies to find Ukrainian partners for cooperation.

Ukrainian Creative Stories 2023 have started. The project will focus exclusively on socially significant communications in advertising and will be presented by the Positive Change Awards at the 24th Kyiv International Advertising Festival. Thus, the professional community can get acquainted with Ukrainian creative works and share their experience. So, let’s go together to victory!

The Ukrainian advertising market has written this joint article .

How advertisers are raising the industry in a country at war